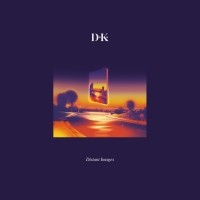 Fresh off the back of an exceptional collaboration with Suzanne Kraft for Melody As Truth, the mighty D.K. returns to his usual Antinote haunt for a sublime LP of serialist textures, esoteric electronics and exotic ambience. His fourth release on the label, "Distant Images" sees Dang Khoa Chau heading deeper into his own sonic world, refining his palate, defining his palette as a unique blend of new age pads, fourth world influences and minimalist arrangements. Despite these heady influences and fractal obsessions, "Distant Images" is also D.K.'s most organic album to date - the most attentive ears will hear seagulls on the title track while rain falls softly on "Leaving" - and slightly departed from the digital universes that his
previous records seemed to set in motion. From the most abstract songs, like the Reich-ian "Shaker Loops", to the most evocative ones, the five compositions on Distant Images are like stained glass, gently filtering natural light. It is therefore no coincidence if, of all the senses, the titles of the songs mostly refer to sight: close your eyes while listening to the cinematographic "Days Of Steam" and visions of an industrious city might appear before you. Put this on your player and let your mind be free, there's beauty in the world after all.

Patrick says: Simply put, this is breathtaking. Not only is it D.K.'s finest release, but also an arguable highlight of the whole Antinote catalogue. 'Distant Images' sees the Paris based producer combine minimalism, new age and 80s jazz into a kaleidoscopic slow listening masterpiece.