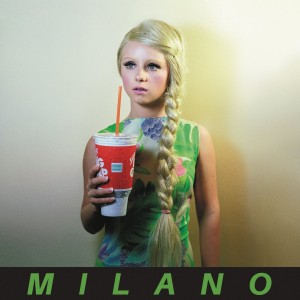 Daniele Luppi, is probably most famous for arranging Gnarls Barkley's "Crazy", but he really caught our attention when he collaborated with Danger Mouse on "Rome" back in 2011. This album sees the Italian composer collaborate with Piccadilly favourites Parquet Courts as he heads north in his native country to bring us "Milano". The album's influence is Milan in the mid 80's and provides us with a snapshot of the city as he remembers it - from the flashy glamour of the time to it's dark underbelly. Parquet Courts do what they do best, providing a raw urgency, with jagged guitars and nonchalant vocals, and Karen O makes a few appearances to add a bit of Yeah Yeah Yeah's swagger to proceedings.
In a way, it's sort of a sequal to "Rome", but it's a very different beast altogether.