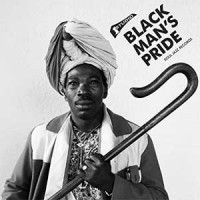 While the righteousness of blackness is at the heart of the Rastafarian faith, this collection illustrates how black pride remained a central theme, if not the defining essence, at the very core of all the music created at Studio One Records under the direction of Clement ‘Sir Coxsone’ Dodd.

In order to understand the centrality of black identity in the music created at Studio One, we need look no further than Clement ‘Sir Coxsone’ Dodd who created the first black-owned record company in Jamaica.

In similar fashion Alton Ellis’s defining ‘Black Man’s Pride’ brings up emotions that are at the heart of many of these uplifting songs. Alton Ellis’ birthplace was the Trench Town ghetto of Kingston, also the birthplace of The Wailers, Ken Boothe and many other Studio One luminaries.

Clement Dodd established a musical empire firmly rooted by the core musicians working at Studio One, many of whom came out of the Alpha School for Wayward Boys, essentially an orphanage run by Roman Catholic nuns, whose luminaries include Don Drummond, Johnny Moore, Leroy ‘Horsemouth’ Wallace, Cedric Brooks, Vin Gordon, Tommy McCook & more.

Many of the songs featured here come from the transitory phase in reggae at the start of the 1970s, after the exhilaration of Ska and following the cooling down of Rocksteady.

While reggae awaited the arrival of roots, Studio One’s vocalists were already producing some of the moodiest music imaginable.

Here are 18 heavyweight tunes, both classic cuts and super-rare tunes.