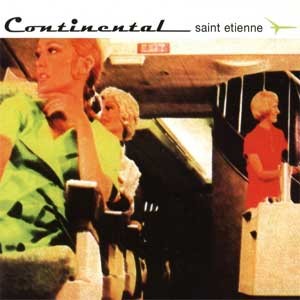 ‘Continental’ (1997) was originally released in Japan only, later made available on CD outside of Japan in 2009. This is the first time it has been reissued on vinyl.

It is a compilation that includes previously released material such as the UK hit ‘He's On The Phone’ as well as curios like their cover of the Paul Gardiner/Gary Numan song ‘Stormtrooper In Drag’.

Many of the tracks were recorded during the 'wilderness' years of 1996/97 when the band members worked on their separate projects.