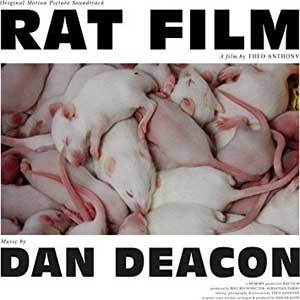 Domino Soundtracks are proud to present their first release, an original soundtrack recording from Dan Deacon of the provocative essay-film ‘Rat Film’, to be released in October 2017.

‘Rat Film’ offers the first recorded document of this parallel career - and both as a self-contained album and a companion piece to an equally potent film, it astounds.

“‘Rat Film’, in other words, is not your typical documentary, and its mesmerizing electronica score by Dan Deacon - full of whirring, bleeping and blipping, cacophonous noise, and ominous tonal swells - only enhances its eccentricity.” - The Daily Beast