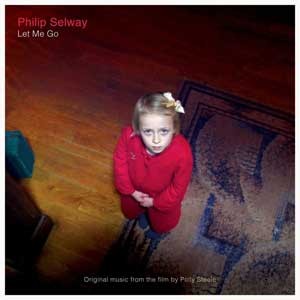 Radiohead drummer Philip Selway’s new record is a departure from its two preceding albums (‘Familial’ and ‘Weatherhouse’). It is the soundtrack to the film drama ‘Let Me Go’, a story about mothers and daughters; about loss and mistrust; about the ramifications of a World War II crime; about secrets, trauma and lingering ghosts.

Mirroring the film’s haunted and intimate nature, Selway’s score is grounded in strings and piano, plus guitar, electronics, musical saw, glockenspiel and bowed vibraphone and the occasional use of bass and drums, creating a paradoxical sense of beauty and unease.

‘Let Me Go’ is based on Austrian-born Helga Schneider’s memoir of the same name. She was just four years old when her mother Traudi walked out, never to return, in order to train as a guard in Germany’s concentration camps. Helga never knew the truth until, as an adult, she decided to track her mother down in Vienna, to discover not only the horror of the past but also of Traudi’s unashamedly proud memories of the most notorious camp of all, Auschwitz-Birkenau. Helga wouldn’t return to Vienna until thirty years later, when news arrived: Traudi was dying. Helga returned, for the sake of closure and hoping her mother had finally repented.