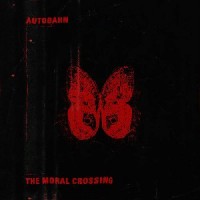 “Melancholy and darkness, and dissonant, uncomfortable music, resonates with us, for whatever reason,” says singer and spokesman Craig Johnson. “The new record is more melancholy than dissonant. I feel we're just opening up a bit more on this record.” A sliver of strings, a squeal of feedback, pulsing drums, sheets of steely guitar and sonorous bass, and a rough, declamatory voice - from these primary components, Leeds quintet AUTOBAHN unfurl their second album, The Moral Crossing, which adds more finesse, dynamic and colour to the commitment and energy shown on their debut.

While Dissemble was made by imagining what the late, great producer Martin Hannett would do, The Moral Crossing is the sound of what AUTOBAHN would do. To capture the new sonic details of the band, lead singer and principal songwriter Craig Johnson, guitarists Michael Pedel and Gavin Cobb, bassist Daniel Sleight and drummer Liam Hilton decided to give up their practice room that doubled as a hardcore/punk venue (which influenced their original sound, as did a love of The Birthday Party) and build their own studio space. The album was mixed in New York by Ben Greenberg (Sacred Bones label). On top, Johnson taught himself how to make a record after the studio was built. We’ve had the chance to create the sound we want, at times it’s more melancholic, and romantic.” Part of the shift comes from Johnson’s newly honed melodies such as ‘Vessel’ and ‘Torment’, part from a greater use of electronics, such as the synthesiser underpinning a haunting ‘Future’, evoking neon-lit rainy-nocturnal rides through a cityscape, likewise the album’s title track, which is one song to benefit from the judicious addition of violin and cello