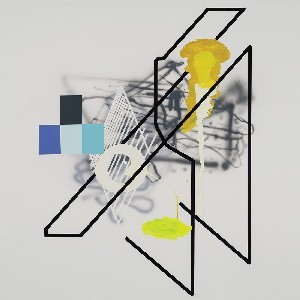 "What distinguishes Esmerine from so many artists skirting the overlaps between new folk and chamber music-style arrangements is the attention to composition and content. Esmerine wrap mood around substance." The Wire // Following the Turkish collaboration of Dalmak (awarded the 2014 Juno for Instrumental Album Of The Year} and the more rock-inflected Lost Voices (2016 Juno nominee for Instrumental Album and winner for Album Package Of The Year}, Esmerine embarked on a soundtrack commission for the National Film Board documentary "Freelancer on the Front Line" (about independent journalism in the Middle East), which also led to a deep dive into archival and previously unreleased recordings.

Sessions for the film soundtrack provided various seeds for a new album concept and composing/recording continued rolling into early 2017, informed by anxiety over the reactionary, regressive, seemingly irresolvable disharmony of human oppression/domination and the ever-accelerating degradation / denial of nature and social justice. Stylistically, Mechanics Of Dominion took shape with mallet instruments brought more to the fore (relative to Esmerine’s previous two outings): marimba, piano and amplified music box provide a more prominent through-line on this new album's otherwise quite diverse material. Multi-instrumentalist Brian Sanderson's contributions also continue to shape Esmerine's songwriting to an ever greater extent – his stately melodic lines on horns and acoustic strings are bracing, compelling elements in the ceremonious lyricism and keening vitality of this new song cycle. And the album revisits and further develops two previously recorded and heretofore unreleased pieces (the origins of the modernist piano, string and horn piece "Northeast Kingdom" date back to some of Esmerine’s earliest recordings in the mid-2000s; the sizzling free-improv of "¡Que Se Vayan Todos!" was captured during the Dalmak sessions.)

Mechanics Of Dominion is perhaps Esmerine's most dynamic and narratively-driven work, tracing an arc through Neo/Post--Classical, Minimalism, Modern Contemporary, Folk, Jazz, Baroque and Rock idioms to paint a soundtrack of lamentation, meditation, resolve, resistance and hope. It is Esmerine’s humble requiem for our intractably suffering planet and a paean to the inscrutable, essential dignity of indigenous ethics and the natural world. Mechanics Of Dominion is also another superlative example of Esmerine's acclaimed and award-winning dedication to album artwork and packaging, this time featuring the work of Montreal artist Jean-Sebastien Denis in beautiful resonance with the album's balance of stylistic tensions and emotional colourations. Thanks for listening.

Barry says: A late contender for my album of the year chart here from the ever-reliable Constellation. Their last outing, Dalmak' was full of their usual simmering chamber-rock vibes, but infused with an eastern twist, whilst this is an altogether more sombre affair. More along the lines of Aurora, or 'If Only A Sweet Surrender..', Constellation are on one hell of a roll.