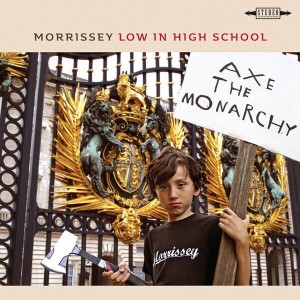 Low in High School is Morrissey’s first studio album since 2014 and was recorded at La Fabrique Studios in France and in Rome at Ennio Morricone’s Forum Studios. The record is produced by Joe Chiccarelli (who has worked with Frank Zappa, The Strokes, Beck and The White Stripes to name a few). Morrissey’s talent for combining political statements and beautiful melodies is more prevalent than ever on Low in High-School, capturing the zeitgeist of an ever-changing world.

Barry says: Morrissey's new album is brimming with the sort of melancholy jangles and clever chord structures of yesteryear, but coupled with wry and ardent policism, a bit of conga and some flamenco stuff too. Lots of sounds, all worked into songs.