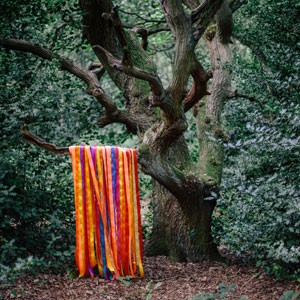 Let electronics guru James Holden and his newly-expanded band The Animal Spirits transport us to a magical other world with this third album: a bold new set of synth-led folk-trance standards, fusing elements of psychedelia, krautrock, world and spiritual jazz with Holden's usual propulsive melodic vigour into his most ambitious - but also most accessible - work to date.

The synth-and-drum core of Holden's Inheritors-era live touring outfit has picked up several members along the way, incorporating saxophone, cornet, recorder and cosmic percussion, all recorded live together in one room under the direction of band leader Holden to produce a genre-blending new form of universal music that feels inherently fluid and alive.

Barry says: Holden, and his newly inherited (pun intended) band segue away from the dense, fractured electronic excursions of yesteryear, into a genre-bending percussive world-music odyssey. Progressive, multi-layered and incredibly rewarding. Another slice of genius from the Border Community head honcho.