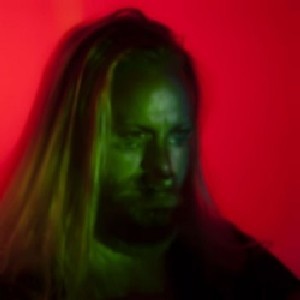 Introducing Icelandic composer and singer Högni, better known as the front man of indie rock band Hjaltalín and previous member of electronic group GusGus, as the newest addition to Erased Tapes with his solo debut album Two Trains – available worldwide on October 20th 2017. Amidst destruction on the mainland, the two locomotives Minør and Pionér transported wagons full of rock and gravel to the Icelandic seaside during the construction of the Reykjavík harbour in 1913-1917.

The two metallic giants ushered in a new age in Iceland. However, soon after construction ceased the two trains were parked and have never driven since. Now they only serve to remind us of the grandeur of a bygone future. They are the only trains ever to have graced the Icelandic landscape. The music in Two Trains embraces the spirit of the original European avant-garde and invokes these concepts in its chugging rhythms, metallic clangs and brooding choral arrangements (men's choruses are a distinctly Icelandic phenomena related to the national/romantic politics of the 19th and 20th century) while the lyrics speak of ominous clouds on the war-ridden eastern horizon and freight cars filled with gravel and dreams.

Barry says: Bleak, pulsing electronics, soaring string arrangements, glacial atmospherics and clattering futuristic noisy stuff. PLUS the added bonus of not understanding what they're saying. I like to imagine icelandic bands (Múm, Sigur, etc.) are singing songs about their pet fish, or painting their wagon good. They're probably not, but that's what I like to think.