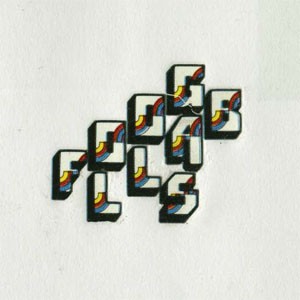 Eric Copeland (Black Dice) returns to DFA with a brand-new set of hyper and hectic leftfield club music. ‘Goofballs’ places its emphasis on playful melodies, ear worm hooks and vocals mixed with trademark machine funk rhythms that hit hard and land off balance. Any other way would be too obvious for an artist like Eric.

Eric explained the creation of this new album via email from his home on an island in lovely Balearic Palma Spain: “i made it here in Palma at my studio, this is the first full record i’ve made entirely here since moving. some of this material was road tested September 2016 on tour supporting Animal Collective. This album was the result of real isolation here, countless hours, focused only on this. The whole recording & writing was a fast process. I focused most on the bass groove. I had a very minimal gear setup: 90’s drum machine, cheap bass machine and a sampler. But most important was a homemade ‘drum brain’ that Barry’s London custom made for me. Barry was in the Van Pelt Soldiers of Fortune & Oneida. That piece of gear was a big part of this record and informed the direction it took the most.” Eric Copeland is a founding member of Black Dice as well as a prolific solo artist. Besides DFA, he has released albums on L.I.E.S., Post Present Medium and Paw Tracks. ‘Goofballs’ was mixed by Rusty Santos (who has mixed everyone from DJ Rashad to Panda Bear to Owen Pallett) and mastered by Joe Lambert. It is Eric’s third solo album for DFA Records.

Eric CopelandAlien In A Garbage Dump