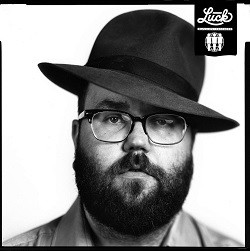 In September 2016, during the Americana high holiday in Nashville, Third Man Records partnered with Luck Reunion (with a little help from YETI Coolers, Lagunitas, and Tito’s Handmade Vodka) to bring together artists of the folk persuasion. For five days, artists set up in the parlor room of the pop-up "Luck Mansion" in East Nashville to perform, record, and in some cases, pen two songs for Third Man Records engineers to record immediately, after just a few hours of preparation, press onto 7”s, and ultimately bring to the masses. Documenting spontaneous creative collaborations before they are put through any sort of industry machine line was the goal.

Hedley and Erin Rae’s performance included Hank Williams Jr.s’ “Old Habits” and a thoroughly haunting rendition of Guy Clark’s “My Favorite Picture of You.” Hedley and Rae, both top respected voices in the Nashville local country scene, have never been more in their elements: trad country crooning, tight harmonies, and the most lonesome set of songs Third Man recording equipment has ever captured. Hedley, a mainstay on Nashville’s most respected lower broadway honky tonk Robert’s has recently been signed to Third Man Records.