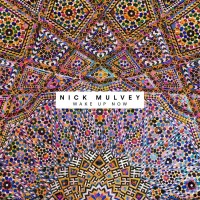 Nick Mulvey's second album 'Wake Up Now. Hisstandout debut album, First Mind, in 2015 was the introduction of an artist who shirked the conventional and side-stepped the expected. Nick’s return with the first fruits of his new album sessions has brought with it his own outlook on a world that can’t decide which direction it’s going, or quite what to do with itself. We’re all hastily trying to find our spot within these times, and Nick is no exception, but if clarity is part-resolved by a call to arms, perhaps it’s time to make that call.

Martin says: Wonderful follow up to the exquisite "First Mind". Darker and more world weary, but still as beautifully crafted and endlessly compassionate as his debut.