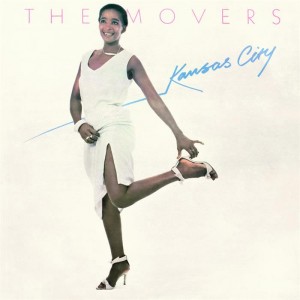 Soundway's reissue experts strike gold once again with a fresh press of this 1979 Township disco funk masterpiece from one of South Africa’s most prolific bands of that era. Incredibly rare and highly coveted, "Kansas City" sees The Movers groove through a relentless sequence of irresistible basslines, infectious percussion and wild guitar licks. The Movers enjoyed huge success in the 1970s, releasing album after album of ground-breaking sounds, including fusions of South African marabi jazz, funk, disco and jive. The line up of the band shifted throughout its existence - however this particular album produced by David Thekwane features musicians Jabu Sibumbe, L Rhikoti, Lloyd Lelosa and Sankie Chounyane.

Patrick says: Afro disco fire right here! The Movers bring the grooves from start to finish on this funked up LP, providing plenty of ammunition for the DJs out there. Standouts include "For Your Love" stylings of "Kansas City" or the sequencer driven cosmic funk of "Funky Fly".