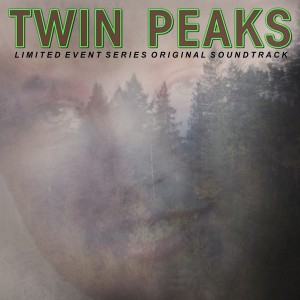 The eagerly awaited revival of Mark Frost and David Lynch’s revolutionary television series Twin Peaks is here, and with it, a new soundtrack. Music has always played a central role in Lynch’s work and it helped establish the haunting, dreamlike nature of the original Twin Peaks. The same is true for the new series. This special 2LP edition & the CD features twenty unique-to-the-show tracks.

‘Twin Peaks (Limited Event Series Soundtrack)’ heavily features grammy-award winning composer Angelo Badalamenti. Tracks will be revealed as they appear in the show. The fact that the Lynch-Badalamenti duo is back in town is something that will have old-school fans of Twin Peaks really excited about both the show and the characteristic music that - more than complementing the visuals - completes them.