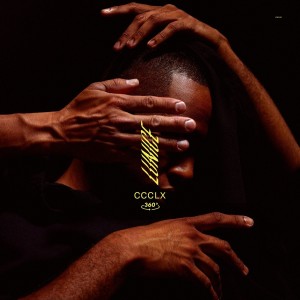 On his long-anticipated debut album, Lunice approaches his music from every conceivable angle. The Montreal producer’s full length is titled ‘CCCLX’ after all, a name that comes directly from a line on Waka Flocka Flame’s ‘Fuck This Industry’ (“don’t get a 360, that shit ain’t 100”). It’s a title that can be taken several ways. For one, it connotes Lunice’s total individual control of the project. It also indicates Lunice’s vision of the project as something bigger just music - something encompassing visuals, movement and lifestyle and, on the simplest level, it’s an indication of how this album will make the listener feel: totally immersed and surrounded.

Anyone who has encountered Lunice live - whether on his own or as part of the duo TNGHT with Hudson Mohawke - will know that his presence is everything. Behind, in front of and often on top of the riser, he has that rare quality of being a producer who is also a magnetic, fluid performer.

His music, too, has that same kinetic fizz. From his debut EP ‘Stacker Upper’ on LuckyMe in 2010, to ‘R U Ready’ (the first track he and HudMo ever produced together, which eventually made its way onto Kanye West’s 2013 album ‘Yeezus’), he’s maintained a distinct style. It’s an ability to stretch the most minimalist of elements into something all-consuming; future-facing hip hop with a free-limbed, jazzy approach. This unique energy is what made him stand out when he first performed in European clubs in the early 2010s, falling easily in step with boundary-pushing contemporaries like Night Slugs and Clek Clek Boom. It’s also why Madonna, when she invited him to support her on tour in 2015, told him she had “never seen anything like” his set.

For the past four and a half years, while touring both individually and as TNGHT, Lunice has worked on his debut album in LA, New York, Montreal, London, New Zealand and many places in between. He embraced every unexpected collaboration that presented itself to him, recruiting Kanye West producer Mike Dean for a guitar solo on ‘CCCLX II (Intermission)’ and cute pop aficionado Sophie and quickfire rapper Le1f to add a surreal edge to ‘Drop Down’.