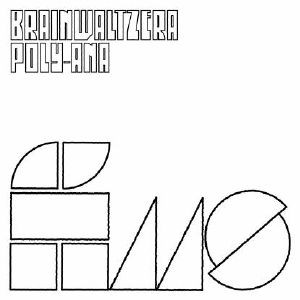 The anonymous producer, whose work has has already received online approval from legendary british IDM auteur Aphex Twin, offers up his debut album. Brainwaltzera’s debut LP “Poly-ana" follows quickly on the heels of the producer’s Aescoba EP - also released this year via FILM (Steve Reich/Terry Riley/Grandbrothers) Across thirteen tracks of both previously released material and fresh excursions into the artist’s world, Brainwaltzera explores sounds ranging from luscious, downtempo grooves and expertly reduced braindance cuts with nods to early 90’s experimental IDM to harder, more caustic outings - all bound together by a recurring theme of otherworldly ambience.

Taking its name from a variety of sources dear to the artist, including polyphonic analogue synthesizers and the Pollyanna Principle itself - a theory that suggests individuals recall pleasurable experience more acutely than displeasing ones - the title represents a meeting point in the artistic process between creative method and conceptual choices. Production techniques range from more traditional hardware synthesis to the incorporation of a modified dot matrix printer acting as a modulation source for MIDI parameters.

Sample sources include VHS material from the producer’s own childhood and ambient Bullet Train samples from an on-the-fly production session traveling from Tokyo to Kyoto. According to the enigmatic producer, memory and its fundamental role in the human experience is one of the central themes of the record. While the artist's own experiences shaped the sound of the record, there is no attempt to impose them on the listener through blatant exposition. This is also evident in the artwork, which provides an identity and bold referential outline but, much like a coloring book, leaves the colors, tones and shades to others. In the same vein, the concept suggests that particular stimuli such as sound or scent, can transport an individual back to a particular point in their life. Scent has long been identified as the most efficient agent for this phenomenon, providing perhaps the most visceral form of "braintravel".

Barry says: Who is it? We really don't know, and it doesn't really matter. We know what it sounds like and trust me, that is enough. Influenced by classic braindance as much as woozy twisted tape and 80's wavetable synths as much as powerful mono beasts. Unbelievable percussive patterns, woven through a finely created mesh of fizzing oscillators and resonant filters abound. If you like AFX, or anything on warp, or any music really... this one's for you.