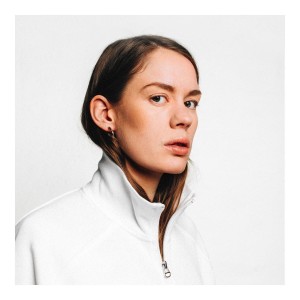 ‘Lovers’ is the debut album from Anna Of The North. An album deeply rooted in heartbreak, a subject that courses through the veins of all ten tracks - through the turmoil, the guilt and the tentative joy of finally letting yourself move on.

The Norwegian-Kiwi duo of Anna Lotterud and Brady Daniell-Smith offer up an emphatically assured debut album, its clean, springy beats and shimmering synths underpinned by the rich, emotive clarity of Anna’s voice.

Recorded in Oslo and mixed in Copenhagen and London by Luke Smith (Foals, Petite Noir, Depeche Mode), the album is a coherent but endlessly varied beast.