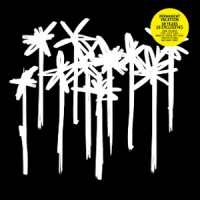 EVEN ETERNITY HAS TO BE MEASURED AND THAT'S WHY IT IS TIME TO CELEBRATE 10 YEARS OF PERMANENT VACATION WITH A BIG FAT ANNIVERSARY COMPILATION.

But let's look back for a minute, because a lot has happened since Tom Bioly and Benjamin Fröhlich dusted off the mirror balls in Munich. Since the 1970s the city always had a reputation for being one of the world's disco capitals and Permanent Vacation took good care of this precious heritage being partly responsible for the new found love of Disco music and its variations such as BALEARIC, COSMIC, KRAUTROCK or PROTOHOUSE.

Back then Tom, who for several years had been working in the music business, was a regular at Play Records that was run by Benjamin, who had also been busy as a DJ and party promoter. Soon they became friends and discovered their astoundingly similar taste in music. The label name PERMANENT VACATION also reflects the way the label came into existence, since the its main concept was developed during pingpong matches rather than at a conference table.

Already their first release, a compilation of the same name—“PERMANENT VACATION”—, was celebrated as “razor-sharp, pulsating, pornographic, all fuses opening crazy pop” by one of Germany’s leading daily newspaper Süddeutsche Zeitung.

Taking off from here Permanent Vacation managed to become one of the flagships of the new movement and had several genre-defining hits with the reissue of Antena’s classic "Camino del Sol" album (even the Pet Shop Boys claimed it as an influence) and the accompanying remixes.

Next up was the album "Miss Diamond to you" by singer Kathy Diamond, produced by the wild boogie wizard Maurice Fulton. This album was followed by multiple releases worth mentioning, many of which can be called modern day disco classics by now: Tensnake’s “Coma Cat”, which entered the UK top 40, Azari & III “Reckless with your love”, albums by Swedish Italo princess Sally Shapiro and by Vienna heartthrob Wolfram, Jacques Renault’s remix of Midnight Magic’s “Beam Me Up”, 40 Thieves “Don't turn it off”, Todd Terje's “Remaster of the Universe remix collection” as well as regular output by Woolfy vs. Projections, who belong to a loosely associated group of musicians, who moved from Great Britain to California trooping up with the legendary and myth-enshrouded disco guru DJ Harvey.

But to reduce Permanent Vacation to Disco and Balearic wouldn’t do justice to the label’s ever-growing catalog. Bioly and Fröhlich deem Disco a form of mentality anyway, defying all too fixed and earnest paradigms of dance music. This is why the catalog also comprises library music compilations, Krautrock from the GDR, soundtracks of horror flicks, electro from Dmx Krew, vocoder poetry by New Jackson, cheerful party anthems by Lauer, oddball house by Bostro Pesopeo as well as Pional, an ode to the sun by Red Axes, music from Pollyester that subvert any categorization, blissful pop by Róisín Murphy, folky house by The Drifter, electronica from Lake People, cinematic soundscapes by Lord Of The Isles and the music by John Talabot, who celebrated his first release ever on Permanent Vacation in 2009.

Talabot’s album "Fin" became a massive success in the dance scene as well as in the indie world. He can be considered somewhat of a game changer as he is one of the biggest stars, who emerged out of the electronic dance music in recent years. The other big homemade success story was told through Irishman Mano Le Tough, who landed on planet Permanent Vacation with two widely popular albums, which can loosely be described as tender house. Already the first album boosted Mano into the universe of the world’s leading House DJs and producers. Finally, there is the latest Permanent Vacation adventure – the debut album by German production duo Tuff City Kids, Phillip Lauer and Gerd Janson, who were able to transform their previously more remix-based work into a fun and skilled ride through different electronic music styles without loosing consistence.

And this brings us back to the present and the year 2017, where Permanent Vacation remains a solid constant in the obscure jungle of modern dance music, testament to which is the compilation you are holding in your hands.

Benjamin Fröhlich and Tom Bioly were able to gather all the regular vacationers (including themselves) and some special guests such as Joakim or Daniel Bortz, all of whom contributed celebratory exclusives. The result features 16 tracks that are going from loud to quite, from fast to slow, from jungle to desert and thus capture the whole Permanent Vacation sound spectrum. Here we go and cin cin to the coming 100 years.

B1. Mano Le Tough – Full On Spring
B2. TB & Bostro Pesopeo – Violet
B3. New Jackson – There Will Always Be This Love (featuring Margie Jean Lewis)