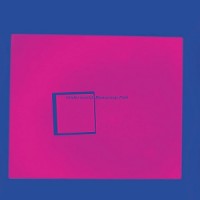 "Beaucoup Fish" is the fifth album by Underworld, released in 1999. Following the huge success of the single "Born Slippy" from its use in the film Trainspotting, Beaucoup Fish was Underworld's most anticipated release. It spawned several successful singles, including "Push Upstairs", "Jumbo" and "Moaner", which was previously used in the film Batman & Robin. "Beaucoup Fish" was well-received critically (one review calling it 'electronica's "The Dark Side of the Moon"') and remains Underworld's most successful album, with over one million copies sold. It is the last studio album to feature Darren Emerson who departed in 2001 and third album by the techno / house orientated version of Underworld which became active in about 1991/1992 (tracks were being released around this time under the names Lemon Interupt and Underworld). I personally remember this being a particularly arresting album in 1999, with a rollercoaster of dynamics which took you to the dizzying heights of techno stompers "Push Upstairs" & "King Of Snake" and down to the come-down frazzled lullabies of "Skym" and "Winjer" via the Portishead-esque introspection of "Push Downstairs" and the baggy breakbeats of "Bruce Lee". A classic.