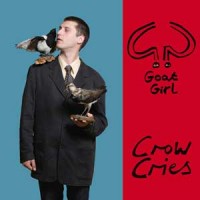 Goat Girl formed a few years ago in South London, the band have been busy on the road for the last 18 months playing with everyone from The Fall to Parquet Courts.

The band’s furious sound represents how it feels to live in this current climate “There’s teenage angst in them,” says Ellie. “But I think that was inevitable, growing up in London over the last ten years.” All four members of Goat Girl have just turned 20, but their relative youth isn’t what makes them stand out. Rather, they feel so compelling because of the way they expertly pick through the holes of so-called millennial culture, not to mention the way the media and government are messing with the minds and future plans of an entire generation.