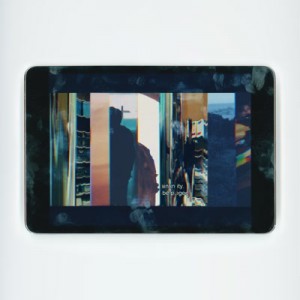 Mercury Prize-nominated Portico Quartet have always been an impossible band to pin down. Sending out echoes of jazz, electronica, ambient music and minimalism, the group created their own singular, cinematic sound over the course of three studio albums, from their 2007 breakthrough 'Knee-Deep in the North Sea', and 2010 John Leckie produced 'Isla', to the self titled record 'Portico Quartet' in 2012. Now rebooted as Portico Quartet after a brief spell as the three-piece Portico, the group's fourth album is on shop favourite, Matthew Halsall's, Gondwana records. Heralding a return to their mesmeric signature sound but also featuring fresh new sonic departures, the band's comeback was so eagerly anticipated that their four-night run at London's Archspace in June, sold out in less than an hour.

David says: Released on shop favourite, Matthew Halsall’s Gondwana label, Portico Quartet’s fourth album ‘Art In The Age Of Automation’ is a mesmeric, neo classical masterpiece. Sometimes the neo classical tag can be more of an insult than a compliment, bringing to mind Debenhams at dinner time piano, or the soundtrack to a documentary about the retreat from Stalingrad. Portico Quartet however, sidestep these comparisons by looking towards their contemporaries, visionaries like Floating Points and the more electronic moments of Radiohead, are as much of an influence as classic ambient artists such as Steve Reich and Brian Eno. ‘Art In The Age Of Automation’ is a genuinely beautiful listening experience. A languid journey through the full spectrum of sound, bookended by the rise and fall of the sun, melodies reflecting in its rays as the world, for these brief moments at least, let’s us drift away together in some kind of hard won harmony.