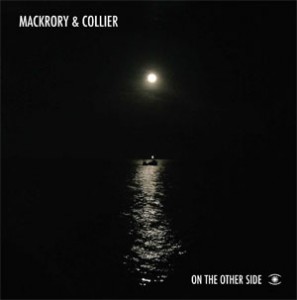 Nick Mackrory & Harry Collier’s musical partnership dates all the way back to the 90's, when they were both deeply invested in the musical boom in the UK that followed acid house, the rave scene, and the Ibiza experience. Nick went from drumsticks to turntables to studio wizardry; while Harry honed in on his golden voice - which led him to a stint as a singer for Faithless. They found their way back to each other in 2014 and have since developed a sound together that is fresh but not too polished. With touches of 60's chanson coupled with sundazed electronics, their songs linger on like the feeling of a long day spent outdoors in summer. This album collects their previously released singles for Music For Dreams along with exclusive new material and a number of remixes, edits and alternate versions that together form a mesmerizing listening experience. The lazy guitar grooves and samba rhythms of "Tu Sonrisa" that so faithfully revisits the original sound of the White Isle in its hippie days, are here present on melancholic chansons like "The Other Side" and sleepy instrumentals such as "Inside You". They also prove a suitable framing on their cover of the Jimmy Webb-penned classic "Wichita Lineman". But in contrast to their folky fuzzy side, we also get some rather funky explorations into balearic beat with a dub version of "Pen-A-Maen" that bubbles along on a heavy bassline and some wonderful synth strings. "Blue Bird" picks up the pace somewhere between the warm proto-house soul of Maze and the deep house meditations of Larry Heard, with Collier letting his scope as a singer come to full fruition in some rather trippy turns. Other highlights include the rather special version of the classic "Aranjuez" and a new string update of "Elle Dit". On remix duties we get Music For Dreams labelmate 55 Cancri e, who sprinkles her dreamy night time dust all over "Elle Dit" and creates an astonishingly unified blend of their two musical universes. Also lending a hand to transform "Elle Dit" is veteran duo Seahawks, who gently layer it in their cosmicaquatic color palette. Andi Hanley steps in to re-structure "Lucky Charm" into a jazz beat treat by numbers.

Patrick says: After the beguiling wonder of "Elle Dit", Mackrory and Collier return to Music For Dreams with a long-player of hazy folk gems, swooning country and coastal grooves primed for your next Balearic bliss out...