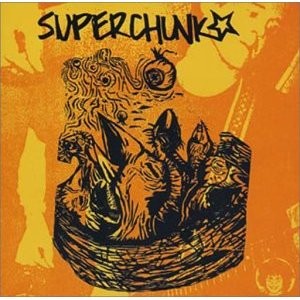 When I listen to our first album now, other than cringing at some clams and the vocals and the juvenile attitude of the whole thing... what was I angry about? You'll have to ask 21-year-old me because in my memory, we were having fun. I hear the accumulation of our influences, which I suppose is normal for a first albumâ€”weaving all the things you loved up to that point into your own first thing.

The Buzzcocks, Husker Du, Dinosaur Jr, and Sonic Youth are all right there and what we were listening to. I was living in NYC finishing school when we made this record, so rehearsals and recording were all rushed. I'm surprised we knew this many songs well enough to record them. Twenty-seven years later, we still play at least three or four of these songs live occasionally (one of them all the time...), which says something good about a few of the songs, anyway! We got so much better as a band, and as songwriters, that it's hard to even see this as any kind of template for what Superchunk would eventually be, but it's definitely where we were at in 1989/90, Mac McCaughan.