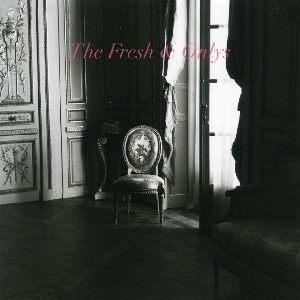 Their 6th LP and debut for Sinderlyn Records finds the band equally at home with anthemic garage rock burners like “Impossible Man” and “One Of A Kind,” and the brooding western twang of “Walking Blues” or “Black Widow”. While Cohen and guitarist/producer Wymond Miles are not the new kids on the scene (both are fathers of two now), Wolf Lie Down strips back the layered feel of the last few records to reveal themselves full of passion, imbued with an uplifting romanticism, and their trademark (if often overlooked) wry sense of humor. Recorded mostly at Miles’ home studio, the songs’ foundation came to life in the studios of Bay Area analog garage/ psych veterans Kelley Stoltz (Electric Duck) and Greg Ashley (Creamery).

Wolf Lie Down builds on the band’s literate guitar-pop arcana, seamlessly incorporating their pastoral desert-noir sensibility into Cohen and Miles’ dueling damaged art-punk songcraft. While the record is driven and performed predominately by the duo of Miles and Cohen, former members Shayde Sartin and Kyle Gibson lay down their classic rhythmic chug on a few tunes. They also enlisted original drummer James Kim, as well as touring companion James Barone (Beach House) on drums and some mixing duties. This new chapter in the elusive world of The Fresh & Onlys is a triumphant return to form as underground jangle titans. Wolf Lie Down also wears the haunted pastoral vividness of their most recent work.

Perhaps ironically, their latest LP in a vast canon of work may be the best introduction to this unapologetic multi-faceted rock ‘n’ roll band. “Play It Strange is suffused with a deep, widescreen ambience that assumes an almost physical presence. Between its psychedelic flip-outs, winsome hooks, shaky tempos, and Ennio Morricone atmospherics, the album sounds like Nuggets emanating from a vividly hip space station.” SPIN // “Even if Long Slow Dance ... were not loaded with excellent songs, it would be worthy of affection because it is so unabashedly imbued with this lost sense of romanticism.