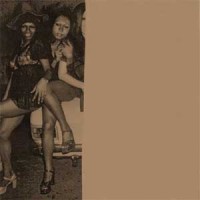 In late 2013, Preoccupations (then known as Viet Cong) released a small-run cassette EP only available on tour. Over the course of a year, Matt Flegel and Scott Munro worked in their basement studio with a mess of old and run down equipment to build a set of fresh material. Joined by bandmates Daniel Christiansen and Michael Wallace, the band completed work on an debut cassette. What emerged from the studio was a mixture of sharply-angled rhythm workouts and euphoric 60s garage pop-esque melodies, balanced with a penchant for drone-y, VU-styled downer moments and became a hard-to-find classic.

Preoccupations’s first ever release, ‘Cassette’, originally a tour-only cassette, is now being reissued on vinyl.