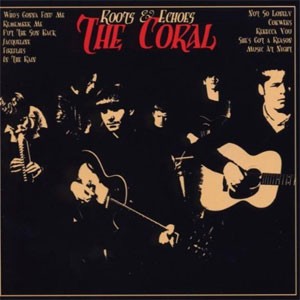 "Roots & Echoes" is the fourth full-length album from cosmic scouse psyche rockers The Coral. Originally released in 2007, it was produced by Craig Silvey. As with their previous releases they're immersed in a heady mixture of folk, Merseybeat and psychedelia, but this time their sound was much more focused and refined than before. Another winner!!