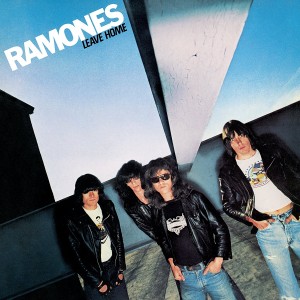 Ramones second album, Leave Home, is to be reissued to mark its 40th anniversary.

Rhino will release two versions of the album on July 21. The 3CD /1LP version contains two different mixes of the album, a remastered version of the original and a new 40th anniversary mix by original engineer/mixer Ed Stasium, along with a second disc of unheard recordings and a third comprising an unreleased live show recorded in 1977 at CBGBs. The newly remastered original version will also be released as a single CD. Both titles will be available via digital download and streaming as well.Originally released in January 1977, this 30-minute opus of buzzsaw rock introduced fans to classics like “Pinhead” “California Sun,” and “Swallow My Pride.”

This 1CD version features a remastered version of the original stereo mix.