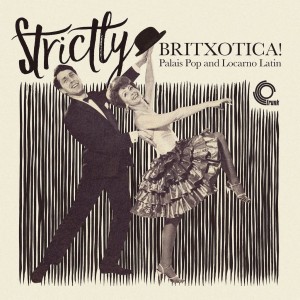 Another superb adventure in the Britxotica! series, looking into rare and amazing exotic British recordings. For this exciting installment we waltz to the British ballrooms for charismatic Cha Cha Chas, magical mambos and a whole set of floor filling fun!

For this, Part Four of our planned Britxotica! series we head to the now defunct British ballrooms for a set of dynamic and often extraordinary dance numbers - charming cha cha chas (including “Cha Cha Pop Pop”), lively latin and some fabulously freaky footappers including a classic version of “Cerveza”. Composers and artists include ballroom band legends such as Edmundo Ros, Ted heath and Stanley Black, but also we have found work by lost geniuses such as John Graven and John Warren who are very much worthy or reappraisal.

In short, this is another crazy and charismatic compilation of British music so obscure and rare that only Trunk Records could find and package it so superbly and with such effortless and comedic style.