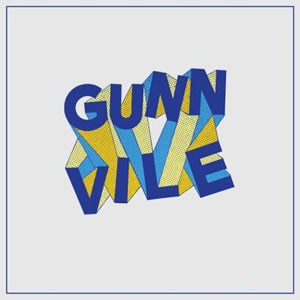 Kurt Vile and Steve Gunn collaborated on record in 2015 for their contributions to Three Lobed Recordings Parallelogram series. That previously ornate and limited title is now released in a nonlimited format standing along and outside of that prior collection.

The two artists, originally connected by mutual friends and geographic proximity, have long pushed the others continued artistic development. Despite sharing many live stages over the years, this collaborative album represents the first time that the two have worked together in the studio. Viles side sees him recast tracks by John Prine (Way Back When) and Randy Newman (Pretty Boys, featuring some truly *electric* guitar flourishes from Gunn) as if they were KV originals. The theme of reinvention continues with Vile tearing through a solo banjo rendition of his Red Apples (originally from his God Is Saying This To You LP), retitled here as Red Apples For Tom Scharpling. Gunn takes on a late period Nico track, 60/40, and pulls a lysergic rocker out of the tracks goth-ish roots. The bulk of Gunns contribution is the epically winding Spring Garden, a track in the vein of some of his other longform guitar excursions. Featuring signature contributions from Vile and Mary Lattimore, this hypnotizing cut is unmistakably a new classic in Gunns catalog.