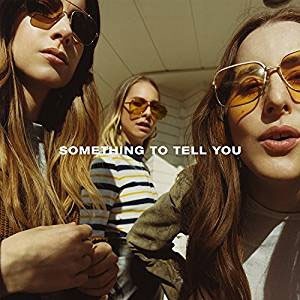 Following the UK platinum debut album Haim’s highly anticipated new album ‘Something To Tell You’ will be released on July 7th, they announced the release of ‘Something To Tell You’ with an in-studio video version of album track ‘Right Now,’ which was shot and directed by Paul Thomas Anderson (Magnolia, Boogie Nights). HAIM released ‘Want You Back,’ the first official single from ‘Something To Tell You’, which Pitchfork awarded Best New Track saying “Whiplash is starting to feel like a theme of pop in 2017” going on to praise “Haim are pulling the rug out from under our feet in the run-up to releasing their second album.”