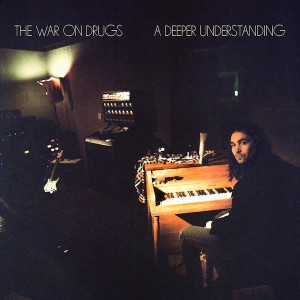 A Deeper Understanding is the band’s first album since 2014’s universally acclaimed Lost In The Dream, and their debut album with Atlantic. Following the Record Store Day release of the 11-minute “Thinking of a Place,” The War On Drugs present the album’s lead single, “Holding On.”

For much of the three and a half year period since the release of Lost In The Dream, The War On Drugs’ frontman, Adam Granduciel, led the charge for his Philadelphia-based sextet as he holed up in studios in New York and Los Angeles to write, record, edit, and tinker—but, above all, to busy himself in work. Teaming up with engineer Shawn Everett (Alabama Shakes, Weezer), Granduciel challenged the notion of what it means to create a fully realized piece of music in today’s modern landscape. Calling on his bandmates – bassist Dave Hartley, keyboarding Robbie Bennett, drummer Charlie Hall and multi-instrumentalists Anthony LaMarca and Jon Natchez -- continuously throughout the process, the result is a “band record” in the noblest sense, featuring collaboration, coordination, and confidence at every turn. Through those years of relocation, the revisiting and re-examining of endless hours of recordings, unbridled exploration and exuberance, Granduciel’s gritty love of his craft succeeded in pushing the band to great heights.

Andy says: Adam Granduciel and co. exploded into our hearts with the peerless ‘Lost In The Dream’, three years ago. Taking classic 70s rock (particularly of a Dylan vintage) and somehow making it modern, here was a band for right across the ages, a band to truly believe in. They returned, this year (on Record Store Day!) with their magnum opus, and it was immediately apparent that with "Thinking Of A Place", they had, incredibly upped the ante. Here was 11 massive minutes of bliss and wonder. High summer and the album dropped: ‘LITD’ part two, or squared, if you like. The songs were huge (in every way) but the production was out of this world. This was sun-roof down, beers in the back, cruise control, heart-rending, shimmering classic rock. But, crucially, with a drum machine! Everything we could have hoped for in a follow-up to a modern classic.