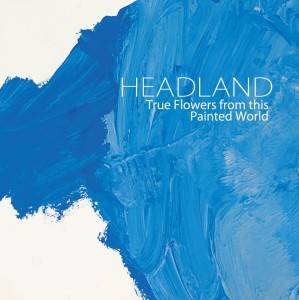 Headland began in 2013 as a soundtrack to a gorgeous collection of found super8 film fragments depicting surfing and coastal culture in and around Lennox Head, Australia in the 1970s.

For this release, contemporary, High Definition slow-motion footage by award winning filmmaker Stephen Jones (El Mar Mi Alma) overscores each track of a full length LP. The film provides a discrete and personally emotive portrait of the Lennox coastline that builds upon traditional notions of landscape and seascape where each and every frame seems painted by hand. The instrumentation is lyrical, the compositions quaint and heartfelt. The combination is a personal insight into an emotional understanding of place.

With an almost distinct Australian fever to its pitch, “True Flowers” ebbs and flows like the proverbial tide it is “soundtracking”, the players of this collective have a long history in the underground/mainstream music scene in Australia, and with this record have created a similar cinematic/avant garde-pop as created by the likes of Calexico, Friends of Dean Martinez, Boxhead Ensemble, Lullaby for the Working Class, and even Pink Floyd and Neil Young, so immersive and far-reaching is their sound.