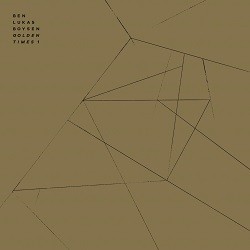 Championed by many including BBC Radio DJ Mary Anne Hobbs as the standout track from his most recent album Spells, Boysen’s Golden Times 1 forms the very heart of his new EP with the same name. Boysen entrusted none other than Max Cooper and Tim Hecker to meticulously shape and lure the title track plus second single Nocturne 4 into two entirely separate territories, yet never drifting too far away from their original soundscapes. With Evensong the composer himself contributes a previously unreleased piece. It is yet another example that Boysen is still opening new and unexplored doors in a bid to challenge the existing realm of contemporary music he is very much a part of.