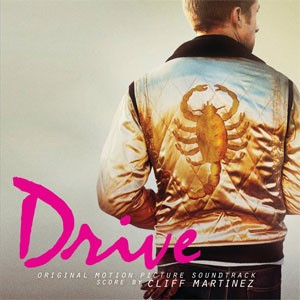 Cliff Martinez’s soundtrack to the cult classic film ‘Drive’ by Nicolas Winding Refn is turning 5, and to mark the anniversary, Invada Records and Lakeshore Records will co-release a limited edition version of the soundtrack, which features Martinez’s score and all other music used in the film, which includes the legendary tracks by Kavinsky, College and Desire.

“One thing that was unique for me about this project was having songs exert such a strong influence on the score,” said Martinez. “That helped to create a unified, one-size-fits-all, style of soundtrack…the 80s electronic pop style made a lot of sense to me. I knew that Nicolas [Refn, director] was in love with that sound and I saw a way to acknowledge it with vintage synth sounds and cover most of the dramatic food groups while referencing that style.”

This blending of score and song is the perfect vehicle for Cliff Martinez. Martinez moved to California in 1976, just in time for the punk movement. He had stints as drummer for the Weirdos, Lydia Lunch and Foetus frontman Jim Thirlwell, the Red Hot Chili Peppers and the Dickies. He was also the drummer in the final incarnation of legendary iconoclasts Captain Beefheart and the Magic Band.