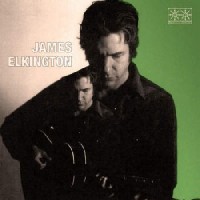 Wintres Woma-- Old English for "the sound of winter"-- is James Elkington's debut solo record, but you've likely heard his masterful guitar playing and arranging, even if you didn't realize it. Elkington (an Englishman living in Chicago) is an inveterate collaborator who brings his lyrical compositional and improvisational sensibilities to any group. He has toured, recorded, and/or collaborated with Jeff Tweedy, Richard Thompson, Steve Gunn, Michael Chapman, Joan Shelley, Nathan Salsburg and Brokeback, to name just a few of his many enthusiastic admirers.

His assured album, recorded at Wilco's Loft, is baroquely detailed and beautifully constructed, featuring both his baritone vocals and some of Chicago's finest, including Tomeka Reid. Elkington was brought up in England during the ’70s and ’80s—a time when traditional and acoustic music was largely shunned in favor of the new wave (to which his largely-destroyed copy of The Fall’s Perverted By Language will attest)—but found after his first forays into songwriting that some semblance of the folk music vernacular had crept in and wouldn’t leave.

Elkington’s music, however, is anything if retroactive, and anything if folk music: “It’s not folk music,” he asserts. “I may use the mechanics of folk music to put across my own ideas at times, but it really doesn’t fall into any specific community or songwriterly tradition. The album’s lyrics do seem to have a preoccupation with unseen powers at work and other dimensions, both of which seem to show up in traditional English music, but it’s based on my own experience and understanding, not anyone else’s.” Wintres Woma was recorded at Wilco’s studio, The Loft, in a five-day sprawl with engineer Mark Greenberg.

My BubbaGone / You're Gonna Make Me Lonesome When You Go