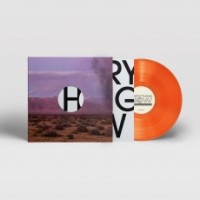 Formed in 2003 Arcade Fire have released four albums in ten years. In 2010 Rolling Stone named debut offering Funeral the album of the decade. Platinum-selling sophomore album Neon Bible debuted at #2 in the UK & USA. 2010’s The Suburbs debuted at #1 in seven countries and is certified platinum in the UK & Ireland. 2013’s Reflektorreached #1 on both the Billboard 200 & UK Official Chart & was accompanied by NBC special, Here Comes TheNighttime, drawing 6 million viewers. Over the course of a 14 year career the band have won 2 BRIT awards, 10 Juno awards, 3 NME awards & a 2011 Grammy for album of the year. In short they are one of the world’s most successful & revered active bands.

After a hiatus of almost four years on Thursday 1st June the band announced their return with the release of new single “Everythnig Now” & the launch of an album of the same name, scheduled for release on July 28th. In addition to premiering the track live on Radio 1 as Mistajam’s Hottest Record in the World, the band also performed the song live for the first time at a surprise show in Barcelona on Thursdaynohjy, ahead of their headline slot at Primavera Sound. Everything Now was produced by Arcade Fire, Thomas Bangalter and Steve Mackey, with co-production by Markus Dravs.