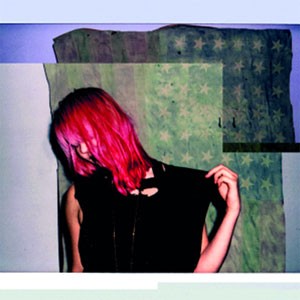 After the success of 2011’s ‘Past Life Martyred Saints’ and 2014’s prophetic ‘The Future’s Void’, EMA retreated to a basement in Portland, Oregon – a generic apartment complex in a non-trendy neighbourhood, with beige carpeting and cheap slat blinds. Now, she returns, with a portrait of The Outer Ring: A pitch-black world of dark night highways, American flags hung over basement windows, jails and revival meetings and casinos and rage. In a year dominated by white working-class alienation and anger, EMA – a Midwesterner who never lost her thousand-yard stare -- has delivered an album that renders Middle American poverty and resentment with frightening realism and deep empathy.

“I want to explain to outsiders that the people where I come from aren’t beyond hope and reason”, says EMA, “I want this record to bridge a divide.”

The album, co-produced with Jacob Portrait of Unknown Mortal Orchestra, is a return to EMA’s roots in the noise-folk outfit Gowns, whose 2007 album Red State prefigured many of Exile’s core themes, along with its mix of stripped-back folk (“Always Bleeds,” originally a Gowns song), spoken word (“Where the Darkness Began”) and noise epics (“Breathalyzer”).

The album is unique in its mingling of gender politics with American working-class anxiety. The voices we hear in these songs — druggy, surly societal outcasts; Byronic nihilists bringing down fire — speak to a kind of rebellion that’s typically reserved for men, and the archetype of the “dirtbag teenage boy” dominates the album. Yet EMA claims some of that same dirtbag alienation for women — “a woman who swallowed a scumbag teen boy whole,” as EMA puts it – and uses it to interrogate both her own vulnerability and how male violence shapes the world, as on the anthemic “Aryan Nation.”

The result is a deeply personal, confrontational, but ultimately redemptive album from a quintessentially American artist at the peak of her form.