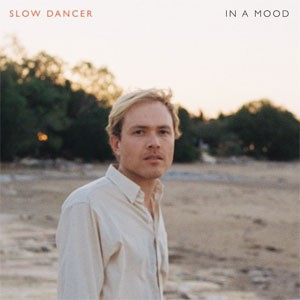 Simon Okely is lost in time. Or at least, his songs sound that way: warm, near-whispered indie rock love letters to the 60s and 70s rhythm and blues records his parents would play on family car rides down Australia’s winding West Coast, heavy on nostalgia and even heavier on imagination. “I try not to be too caught up in trends and what’s popular in music now and just focus in on my passions, my influences,” grins the Melbourne songwriter better known as Slow Dancer, whose 2014 debut ‘Surrender’ was a melt-your-heart, Fleetwood Mac-with-Neil Young licks ‘pop postcard’ from another time, another place.

Returning in 2017 with new album ‘In A Mood’, Okely is aiming even higher on his new material, featuring a “more expansive, more ambitious” sound that’s “less about the stories we tell ourselves when in love and more about the moods that can come creeping over a relationship” at any time. “It’s a little more tasteful, involving new instruments, like drum machines and strings,” says the 31-year-old, whose lush tales of new romance, awkward courting and “scraggly, mangy love that’s fading and waning” have been striking a chord with fans of Mac DeMarco, Tobias Jesso Jr, Connan Mockasin and more.