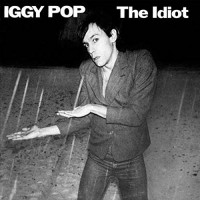 Two years on from the end of The Stooges, Iggy returned, older, wiser and perhaps a little more world weary. The Idiot is his debut solo album and the first of two LPs released in 1977 which Pop wrote and recorded in collaboration with David Bowie. Style-wise the album sits nicely alongside Bowie’s Berlin period albums, gone is the raw proto-punk of The Stooges, instead we have fractured guitar sounds and discordant keyboards, and whereas previously his vocals were delivered with a defiant snarly, he instead adopts his now trademark baritone drawl.

Iggy PopLust For Life - Back To Black Edition