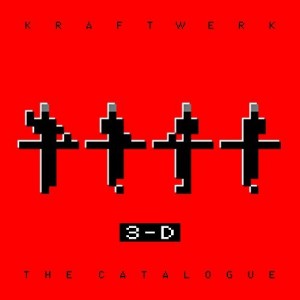 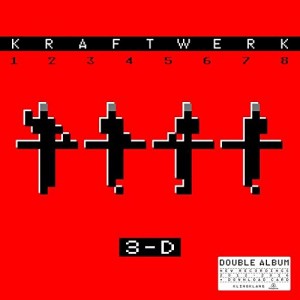 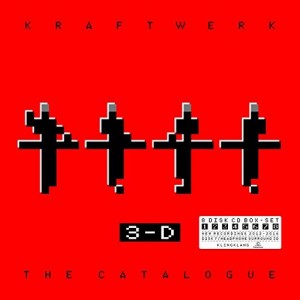 Released to coincide with Kraftwerk’s forthcoming June 2017 tour – their first UK dates since the breathtaking shows witnessed at the Tate Modern in 2013 – Parlophone are proud to announce the release of Kraftwerk 3-D The Catalogue on 26th May. This is the ground-breaking 3-D Kraftwerk Concert brought thrillingly to life, developed using high definition 3-D visuals, with Dolby Atmos surround sound and presented to the technological and audio standards one would associate and indeed come to expect from the pioneering Germans led by founder Ralf Hütter. For the very first time, every Kraftwerk fan can now experience a "Gesamtkunstwerk – a total work of art” in the comfort of their own home. Kraftwerk 3-D The Catalogue is released across a number of formats including: Blu-Ray, Vinyl, CD, and DVD.

3-D The Catalogue features new recordings of Kraftwerk’s 8 classic albums performed / filmed at various locations around the world between 2012-2016 and mixed at the band’s own state-of-the-art, Kling Klang Studio, Düsseldorf