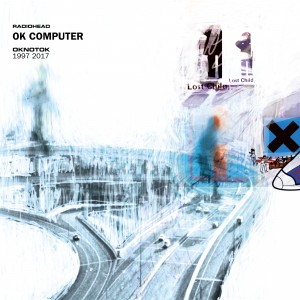 Rescued from defunct formats, prised from dark cupboards and brought to light after two decades in cold storage… OKNOTOK will be issued on June 23rd through XL Recordings, coinciding (roughly) with the original 1997 release date(s) of Radiohead’s landmark third album OK COMPUTER.

All material on OKNOTOK is newly remastered from the original analogue tapes.

Barry says: I can't think of anyone that wasn't floored by Radiohead's transformation from grungy gloom mongers to the indie/electronic greats they have become today, and this was the turning point. Liberally spread with their trademark morosity but with an unheard technical ability, ‘OK Computer’ was a stinging criticism of modernity delivered via a new sonic language. Now, twenty years after its landmark release, the band revisits this masterpiece with the definitive version. Alongside the original twelve track LP we’re treated to eight B-sides and a trio of previously unreleased tracks from the same era. This isn’t just an LP, it’s a historical document.