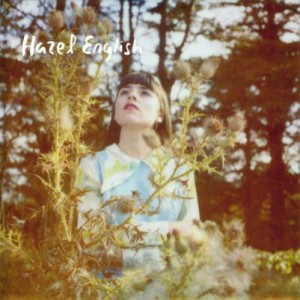 She finds herself something of a scene queen amidst the burgeoning jangling happenings of the Bay Area, which count the likes of her producer Jackson Philips aka Day Wave amongst it ranks, as well as kindred spirits like Craft Spells and Hot Flash Heat Wave, to name but a few. Despite the fun being had locally, Hazel describes her music as, “Transportive. It makes you feel like you’re in a different place”.

A very literal example is the title track, which charters the bittersweet abandon of her runaway journey from her native Australia to her new adopted home in an near-cinematic narrative. She’s drawn comparisons to everyone from Alvvays and Pains Of Being Pure At Heart to touring partners Ride, while her soaring, hypnotic, vocal arrangements have been likened to everyone from Grimes to Diiv.