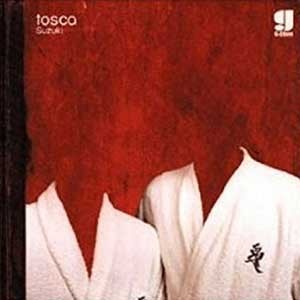 First press since original release in 2000, Suzuki is the second studio album by Austrian downtempo / trip-hop duo Tosca, released by Studio !K7 and G-Stone Recordings in 2000. Unlike many of Tosca's subsequent releases, "Suzuki" is essentially an instrumental album, with vocal samples integrated throughout, but in such a way that they "become a part of the instrumentation." The album is dedicated to the Zen master Shunryu Suzuki. The dedication can be found on the inside of the front cover.