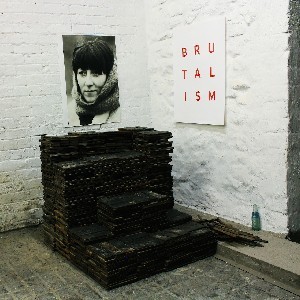 Bristol’s finest post-punk polemics IDLES have been promising to do great things for some time now, and with their debut album “Brutalism” they absolutely fulfil that promise, and a furious promise at that. Politically charged, refreshingly confrontational and infectiously volatile, IDLES are a band like no other. Bringing the unsettling reality of the world we live in into their frantic assault on the senses, they are a band that until now could only be truly understood by witnessing in a live environment - but with “Brutalism” it surely feels like they have captured the intensity of that live sound.

Bottled up here are the abrasive, memorable lyrics of Joseph Talbot delivered with all of the spite and wry humour he puts across on the stage .Dedicated in part to the loss of his mother, who adorns the record’s cover, and partly to a perceived decimation of society, from the NHS to public services across Britain, “Brutalism” is a deadly serious indictment on popular culture.

Barry says: Snarling, pretence-free modern post-punk perfection from Bristol's very own Idles. From the slamming power-chord mayhem of “Well Done”, laying into Tarquin and his love of reggae and football, to the throbbing hook-laden 'Rachel Khoo', this is an unrelenting but perfectly formed juxtaposition of melodic sensibility and brazen, all-out aural warfare. Killer.