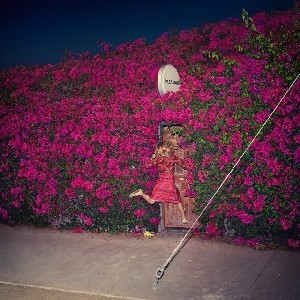 Feist’s first album in six years reflects on secrets and shame, loneliness and tenderness, care and fatigue and is at its core a study on self-awareness. As the fourth full-length from the Canadian singer/songwriter born Leslie Feist, Pleasure builds off the warm naturalism of the Polaris Prize-winning Metals and emerges as her most formally defiant and expansive work so far. Recorded over the course of three months—in Stinson Beach, Upstate New York, and Paris — Pleasure was co-produced by Feist with longtime collaborators Renaud Letang and Mocky. Following the album’s title-track, Feist has now shared ‘Century’, which features Pulp frontman Jarvis Cocker in addition to reaffirming Feist as a cagily inventive guitar player, the album threads her shape-shifting and often haunting vocals into sparse and raw arrangements. Released on a Limited Ed Digi and 2LP set

Barry says: From the mournful lo-fi balladry of 'I Wish I Didn't Miss You' to the country-tinged minor key melodies of 'Any Party' and stomping cyclic rock of century, this is a confident and cohesive collection of classics from one of the all-time masters in the field. Feist smashes it again.