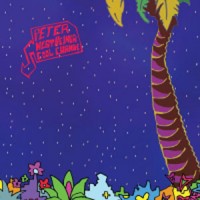 Not content with ruling the dancefloor via the oddball electro of Shahara Ja, those Antipodean reissue fiends at Left Ear are back in the house this week with a chilly retrospective of Oz Wave weirdo Peter Westheimer. An irreverent outsider right from the off, Westheimer spiced his unique brand of synth pop with Dadaist lyricism and Japanese tonalities, arriving at a future primitive sound which casually slipped between electronic, ambient, experimental and new age. When he dropped his debut LP, "Move" in 1985, Westheimer took the underground by surprise, blending his unique brand of synth work outs with a distinctly Australian aesthetic which coloured subsequent LPs "Sooner Than Laughter" (1986) and "Transition" (1992). This retrospective collects the finest moments of those LPs alongside 6 unreleased tracks, offering the casual listener a glimpse into the diverse genius of the NSW musician. Leftfield dancefloor cuts "Walking On The Edge" and "Elastic Smiles" groove their way into mutant disco territories, stumbling out the speakers like an ironic antipodean cousin of early 80s Peter Gabriel or Bill Nelson. "Rainforest" and "Circular Walkways" lay down some early markers for the casio tribal madness of Andras Fox or Young Marco while "Personality Change" is an afro-synth oddity worthy of a vintage Beppe Loda tape. Elsewhere Brenda Ray styled Balearic shufflers rub shoulders with Japanesque new age numbers, the whole set forming into a diverse selection all boasting a timbre which whispers Westheimer.