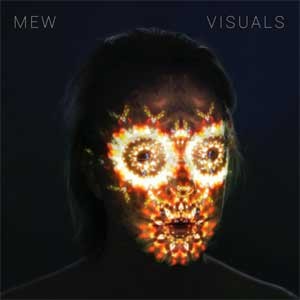 Unlike previous albums, ‘Visuals’ arrives fairly quickly on the back of 2015’s ‘+-’. Recorded and self-produced in Copenhagen, ‘Visuals’ was completed in under a year and sees Mew at their most concise, each song representing its own little chapter and narrative.

The first taste of the album comes in the shape of the mesmerising intricacies of the album’s finale ‘Carry Me To Safety’ and the first single ‘85 Videos’ - which from the outset exudes a familiar expansive backdrop, lush instrumentation coupled with rousing vocals, euphoric pop brilliance that is part of Mew’s DNA.