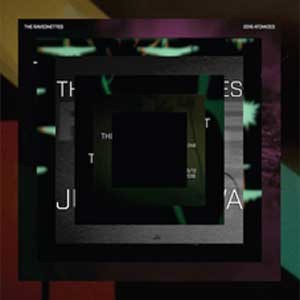 The culmination of twelve monthly 2016 singles from the acclaimed Danish duo. The Raveonettes have completed their RAVE-SOUND-OF-THE-MONTH which began at the start of 2016 where the band would upload a freshly recorded track on the last Friday of every month throughout the year. The 'anti-album' features a collection of new tracks that aren't bound by the constraints of the format. (2014 album Pe'ahi reached #5 on Billboard's "Heatseekers" and received praise from Mojo, NME, Boston Globe. They've issued seven albums since 2003, via Columbia, Vice, and their own Beat Dies imprint, all charting Top 20 in Denmark.)

Barry says: As far as following the standard 'Record 12 tracks, master 12 tracks, release 12 tracks' format goes, the Raveonettes have failed miserably. Having recorded and released one of these tracks every month over 2016. As far as creating an exciting and dynamic collection of tracks go however, they have smashed it. Synthy grooves, melodic choruses and intricate breakdowns and the ever-beautiful interwoven vocals of Wagner and Foo.